The 4th book in the Morgan's Fire Series, "Rich's Dilemma", released July 28!
Do you subscribe to my newsletter? You'll get publication dates there first!

Ricky Steele is on the case, this time hired to find two missing children, who have vanished, poof! The investigation plunges her into the underworld of child trafficking and exploitation as she moves from dark city streets to a wealthy beachfront community, where evil lies behind a façade of gentility. Once again, Ricky is joined by her boarding school buddies, who are visiting for the weekend. Armed with pepper spray and stun guns, the three Rambettes jump right into the investigation, mayhem, and humor following in their wake.

In this fourth book in the series, Ricky also finds love when Charlie Bowen, or Dr. McDreamy, as her friends call him, moves into her neighborhood and into her heart. His daughter, Mike, who wants to learn the PI business, joins Ricky, Wilda, and the gang on yet another breathtaking adventure filled with danger, humor, pathos, and surprise.
Read More

Ricky Steele, a fifty-eight-year-old odd jobber, is at it again, this time investigating the death of the husband of a childhood friend. Following Ron Harp’s funeral, Ricky finds herself on the wrong side of local police as she becomes embroiled in small-town politics, uncovers long-held secrets and investigates multiple murders. She also rekindles a romance with drop-dead gorgeous, Jay Harp, the deceased’s brother. As Ricky pushes and probes, she unleashes a killer’s rage. This first-person narrative laced with wit and humor offers the second glimpse of this PI in action.
Read More

Ricky Steele, a fifty-eight-year-old odd jobber, plays a practical joke on her former boarding school, a joke that plunges her headlong into kidnapping and murder. While she pretends to be an ace private investigator, the niece of Massachusetts’ governor goes missing and a murderer terrorizes the campus. Ricky enlists the aid of her former roommates and together, the three create mayhem during Whitley School’s reunion weekend, bungling along in search of the truth. Join Ricky on her first caper and see how this humorous rollicking mystery series got its start.
Read More 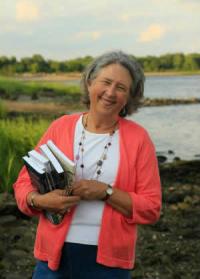 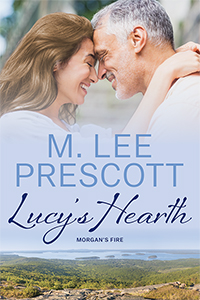